Aaron Berg is Shooting a Special 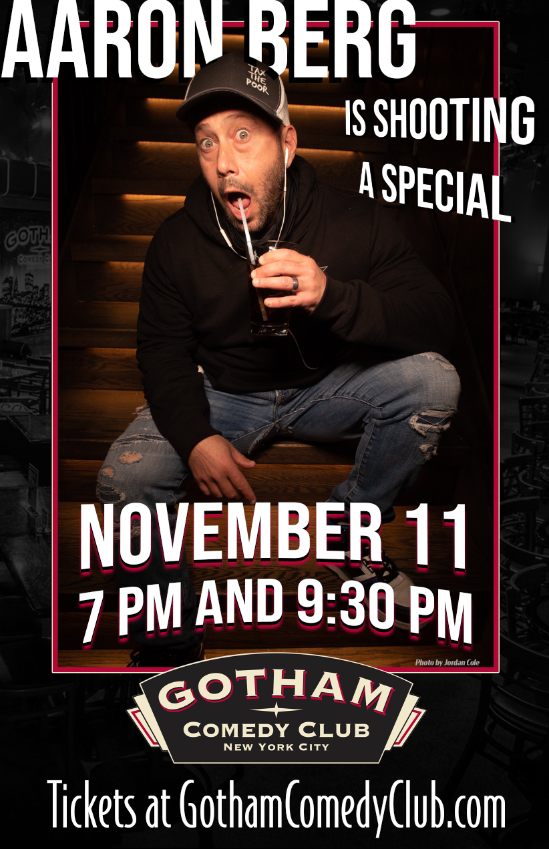 Aaron’s world record breaking documentary about stand up comedy in NYC “25 Sets" is now available on Amazon.  Aaron made his Comedy Central debut on THIS IS NOT HAPPENING in 2016 and has made two appearances on AXS TV’s LIVE AT GOTHAM as well as appearances on GOTHAM VR, BIG JAY OAKERSON’S “WYFD?!?” and Comedy Central’s Roast Battle Season 2 and DC comics’ feature film THE KITCHEN.
Aaron is half of the daily  show “IN HOT WATER” .  He also hosts GUM FRIDAYS on Patreon.  He is also an author and has two books out currently.  Mr Manners and American Etiquette.  His 4  albums are available on iTunes and Amazon “COMEDY COLTRANE”, "Mr. Manners: Live From Long Island City", “UNSCRIPTED” and American Etiquette live from the New York Comedy Festival.
Aaron can be seen doing standup every night in NYC.