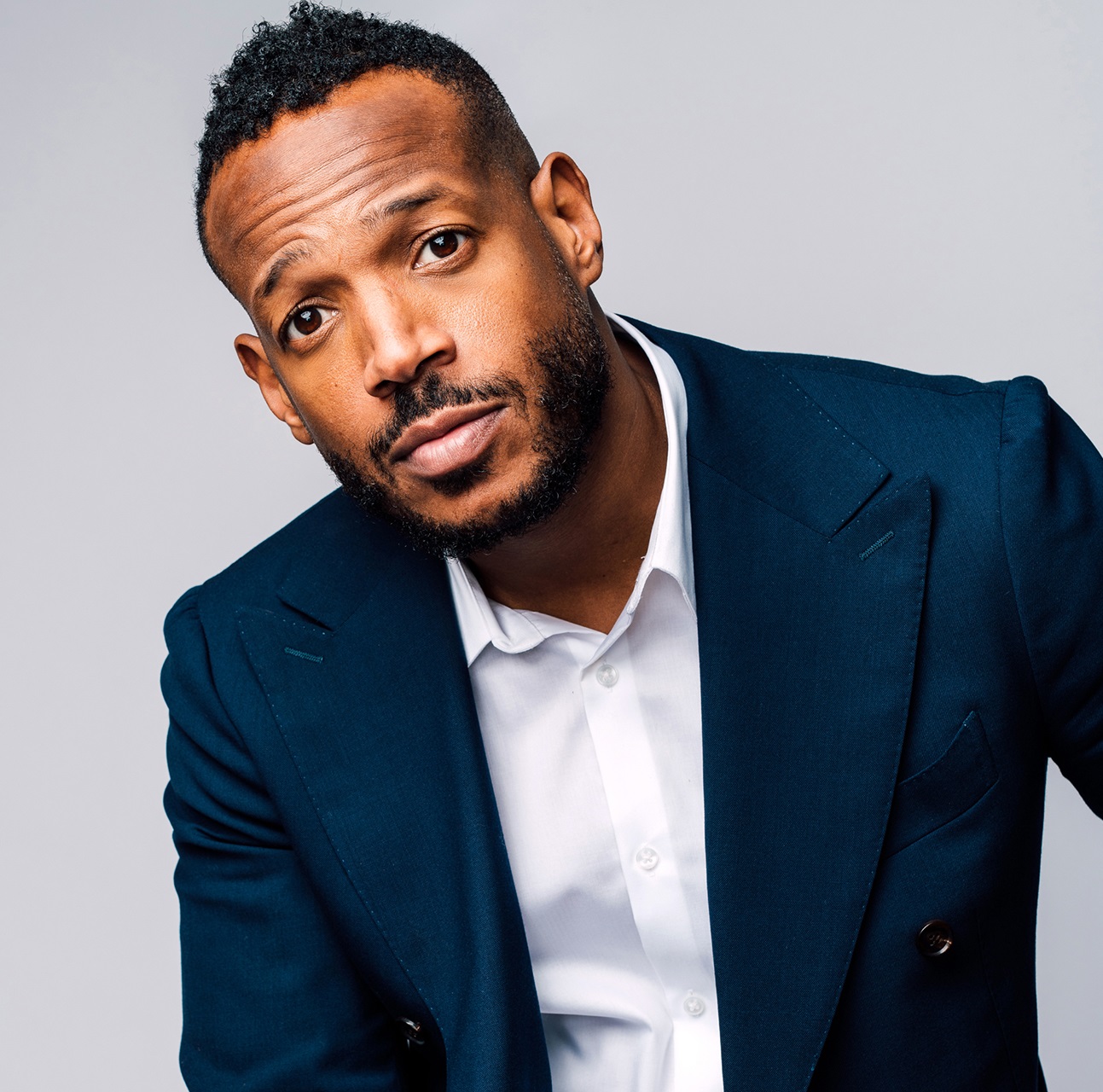 IMPORTANT SEATING NOTE:
All tables are shared. If you prefer not to be seated with another party, you will need to purchase all of the seats at that table.
We do strongly recommend that unvaccinated guests wear a mask.

Marlon Wayans is an actor, producer, comedian, writer and film director. His films have grossed more than $736-million in domestic box office and $1-billion in global box office. As a standup comedian, he is selling out nationwide and adding shows every weekend. He hit a career milestone with his highly anticipated first-ever stand-up comedy special “Woke-ish” which premiered on Netflix in February of 2018.

Wayans can be seen starring in the Netflix movie SEXTUPLETS which tells the story of Alan (Wayans), a man embarking on a personal journey to meet his birth mother before the arrival  of his first child. When Alan meets his brother, Russell, he discovers that he was born a sextuplet and decides to seek out his four other siblings (all played by Marlon). Together, the two brothers set out on a road trip to track down the rest of the family that they’ve never known. The film premiered on the streaming site in August of 2019.

Wayans recently wrapped production for Sofia Coppola’s Apple-A24 movie ON THE ROCKS opposite Rashida Jones and Bill Murray. He is currently filming the Aretha Franklin feature RESPECT opposite Jennifer Hudson as Aretha.

Wayans starred for two seasons on the NBC sitcom “Marlon.” Loosely based on his life,  “Marlon” is a family comedy centered around a loving (but immature) father committed to co parenting his two kids with his very-together ex-wife, played by Essence Atkins. Both seasons of  “Marlon” are currently airing on Netflix.

Wayans also stars in the hit Netflix movie NAKED which premiered on the streaming site last August. Based on the Swedish film, NAKEN, the romantic comedy co-stars Regina Hall and reunites Wayans with director Michael Tiddes. Marlon, who is also a writer and producer on the  movie, stars as Rob Anderson, a charming man-child, who wakes up on his wedding day, naked  in an elevator, reliving the hour before the ceremony over and over again. He last starred in  FIFTY SHADES OF BLACK, which he also wrote and executive-produced, in January 2016. Directed by Michael Tiddes, the film co-starred Mike Epps and Kali Hawk.

In 2014, Wayans starred in the Open Road Films comedy A HAUNTED HOUSE 2, the sequel to  the hilarious and successful film, A HAUNTED HOUSE, which had a budget of $1.7-million and  grossed $65-million globally. Wayans produced A HAUNTED HOUSE, as well as A HAUNTED  HOUSE 2. The sequel, directed by Michael Tiddes, is now available on DVD. Wayans starred  alongside Gabriel Iglesias, Essence Atkins and Jamie Pressly. The film is a parody of the "found  footage" genre, such as the PARANORMAL ACTIVITY franchise and THE DEVIL INSIDE.

On the small screen, Wayans hosted the hit NBC show “I Can Do That!,” a comedy/variety series  where six celebrities are asked to put on an entertainment show with skills they didn’t even  know they had. He also starred in and created the TBS hit comedy competition series “Funniest  Wins.” In 2014, he embarked on a national comedy tour with his brothers Keenan, Damon and  Shawn Wayans. This marked the first standup tour for the four Wayans Brothers.

Additionally, Wayans starred with his brother Shawn Wayans on The WB’s “The Wayans Bros.”  which was the highest rated comedy on the network and continues to air in syndication. He has  appeared on several popular television programs, including Fox’s “In Living Color,” Adult Swim’s  “Childrens Hospital,” and BET’s “Second Generation Wayans.

Mixtape Comedy Show - ONE NGHT ONLY!