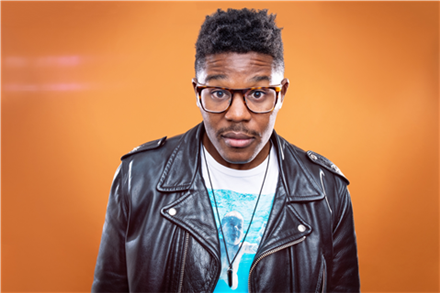 Monroe Martin made his TV debut in 2014 on NBC’s Last Comic Standing, where he made it to the top 10. From there he went on to make many more TV appearances, such as Comedy Central's Adam Devine's House Party, Late Night With Jimmy Fallon, MTV2’s Guy Code, MTV2’s Joking Off, TRU Tv’s Comedy KO, and Big Jay Oakerson’s WYFD on Seeso. He has been featured in Aziz Ansari’s Master of None on Netflix, TV Land's The Jim Gaffigan Show, and many more. Monroe starred in Amazon Studio's feature film Late Night with Emma Thompson. Most recently appeared in That Damn Michael Che on HBOMax and The Last O.G. on TBS.

Are You Garbage Stand up Show (As Part of NYCF)