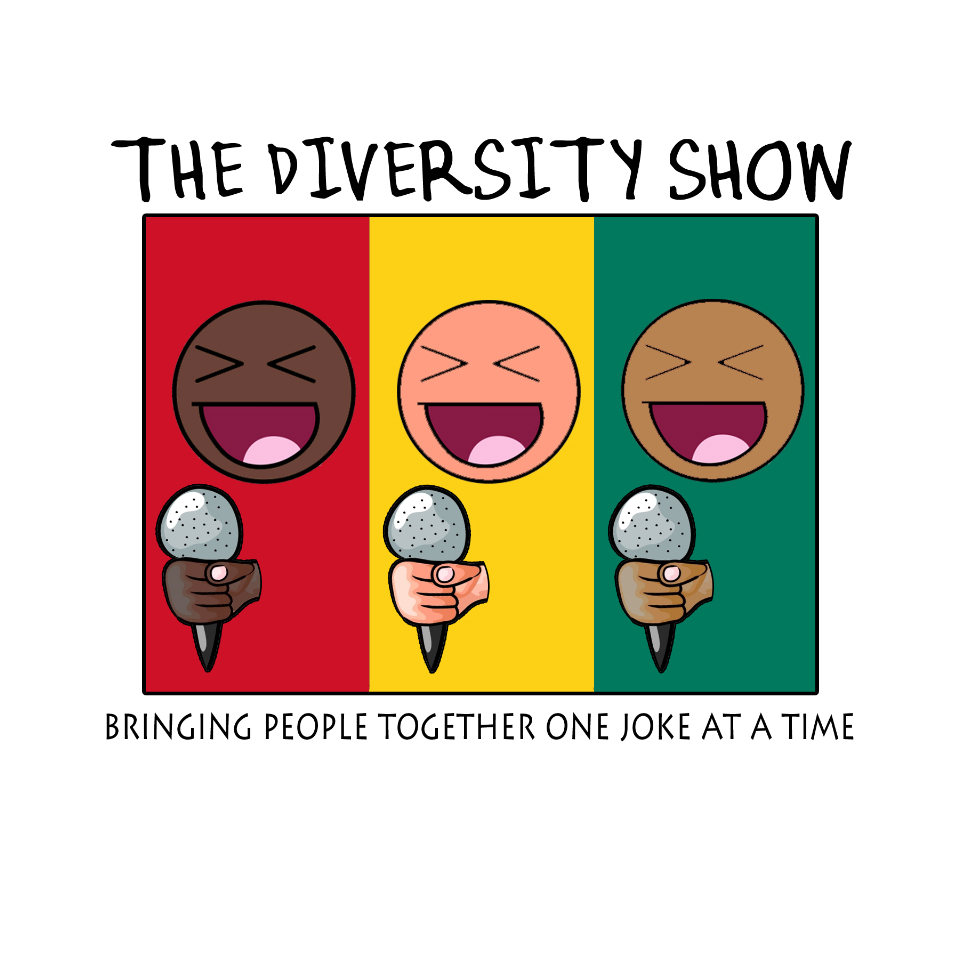 The Diversity Show . . . Bringing People Together One Joke at A Time

Three men -- an Indian, an African-American, a White Jewish guy.  What do they have in common?

Nothing . . . except their passion for comedy, their ability to break down racial and ethnic barriers through laughter, and their belief that diversity enhances all of our lives.  These 3 men—– Akash Bhasin, Charles McBee, and Alex Barnett—who come from three very different backgrounds, use comedy to tackle head-on the racial and ethnic prejudices and stereotypes that even now in the 21st Century still linger.  Through their unique comedic perspectives, these men challenge the prejudices that still exist in today’s world.  And, when they do, look out, you’ll find yourself not only laughing out loud but emerging with new perspectives on race and ethnicity and the wonderful diversity of American culture.

So, what do these men, these comedians have in common?  Nothing except the fact that they all use comedy and laughter to bring everyone closer together . . . .  Oh, and all three of them love peanut butter and jelly sandwiches.

The Diversity Show Is Brought To You By:

Akash has entertained crowds in China, India and now the United States. His unique wit and no- holds-barred sense of humor has helped him garner a fan a fan base across the globe. Akash has been featured in the second season of the critically acclaimed series Its A Chucked Up Life. He can also be seen in a number of on line sketches with the acclaimed Cult Comedy Picture Show. Many of their sketches have been featured on CNN and the Huffington Post. Akash received 1st place in the Catch a Rising Star competition & 2nd place in Gilda’s Laugh-Off competition. No matter what country he's in, Akash's honest and hilarious perspective on life, cultures and religion keep audiences wanting more.

Charles' comedy is a mix of witty humor with a positive message. He creates laughter by combining personal stories with social commentary.  Charles McBee is a respected NYC stand-up comedian and writer by way of Toledo, Ohio. He has made three national stand-up comedy appearances on Gotham Comedy Live and was a favorite on two FOX television shows. Laughs Seasons 1 and 2 and Punchline Seasons 1 and 2.  He has performed at the New York Comedy Festival and starred in his web series, It’s a Chucked up Life which he wrote directed, and produced.

Charles has written for several tv shows including, Uncommon Sense and Uncommon Sense Live with Charlamagne Tha God, VH1's Hip Hop Honors 2017, and was also a creative consultant on Nick Cannon's Wild N Out.  He’s most recently worked on the 2020 VMA's as well as the 2021 Golden Globes and hosted the 2021 Music Lives Festival for the Live X Live Network.

The White, Jewish husband of a Black woman (who converted to Judaism) and the father of a 10-year-old, Biracial son, Alex’s comedy focuses on the challenges of being a supposedly middle-class parent in an era of rising income inequality and the issues that confront interracial families.  Alex has been featured on the Katie Couric Show, Sirius/XM Radio’s “Raw Dog Comedy,” and NBC’s EVB Live, and in VH1.com, The Wall Street Journal, The Huffington Post, and CNN.com.  In 2011, he won the 12th Annual Gilda’s Club (Northern NJ) Laugh-Off.

In addition, Alex is a writer, and his writing has appeared in The Comic Bible, The Washington Post, the New York Daily News, The Good Men Project, and in the literary journal, The Westchester Review.