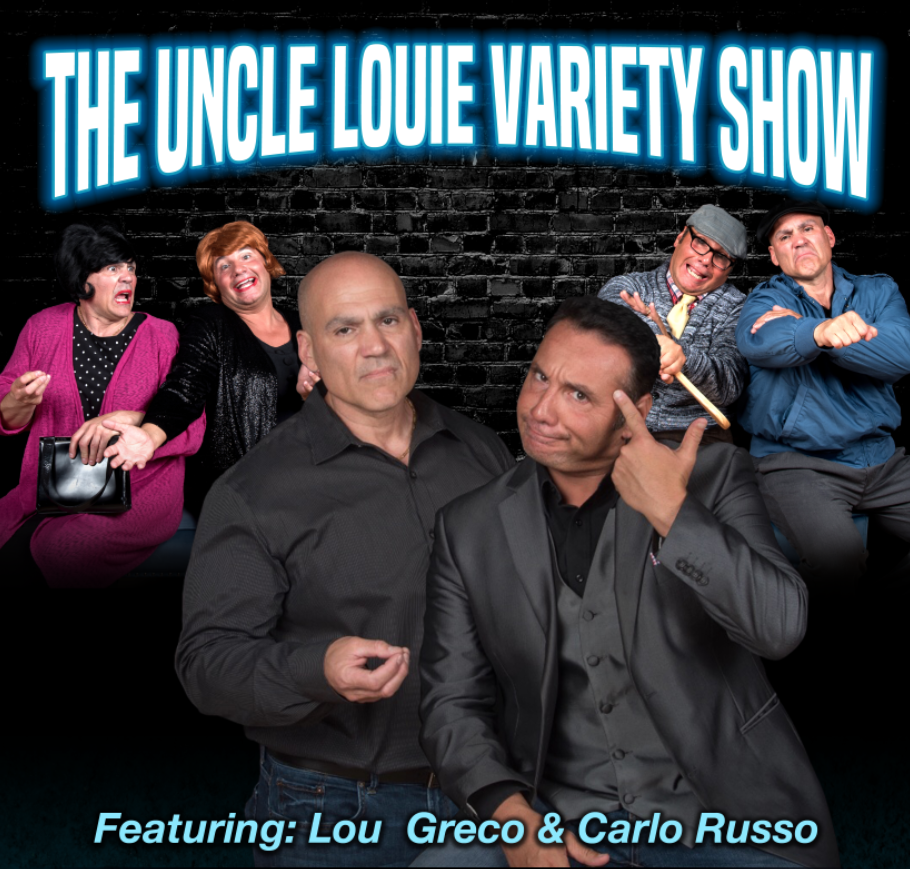 The Uncle Louie Variety Show is composed of two hilarious Italian American comedians, Carlo Russo and Lou Greco. For many years, they have been making people laugh through their unique brand of comedy that brings memories on how it was like to grow up as an Italian.

Their live shows always exceed the audience's expectations. They perform different acts as the lovable Uncle Louie and Pasqualino characters. From stand-up comedy acts, original songs, and hilarious sketches, this Italian-American comedy duo can do it all. The Uncle Louie Variety Show have performed hundreds of live comedy shows in different cities in the US, as well as in Canada and Australia.